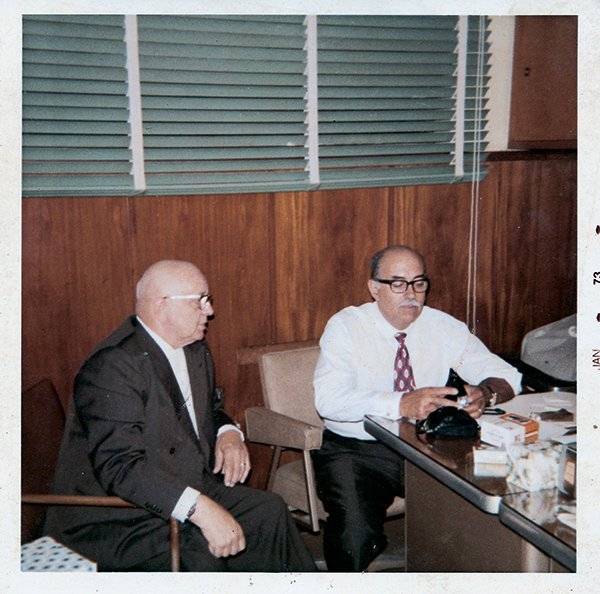 Pancrom’s history began after World War II, when the Brazilian market started to open to new foreign technologies. Some visionary entrepreneurs saw opportunities on a sector that was practically paralyzed: the printing industry.

Homero Villela was an example of these entrepreneurs. In 1945, he created a printing company on a basement, in a small house in São Paulo, which would only produce hard covers for books to other printing industries in the city. Four years later, he established a partnership with the German technician George Murrins, who was specialized in fixing printing machines, and had come to Brazil to work in the photography business at the company Klabin.

Pancrom Printing Company was born from the association of these two visionaries businessman, who dreamt about creating the best printing company in Brazil. Its name comes from the Latin terms Pan (union) and Crom (colours).

Today, Pancrom has become one of the largest and most important printing companies in the country. It is still a family-run business, now managed by Homero’s and George’s sons and grandsons. For over 60 years the company has been acquiring enough knowledge to offer high quality services and materials to demanding clients such as: General Motors, LG Electronics, Avon, Unilever, Volkswagen, Santander, Itaú Bank and many others.

In 2011, the company moved to a new bigger area with 23,000 square meters. This made it possible for the company to increase its production capacity. Nowadays, it can produce approximately 1,000 tons/month of printed material. The company is capable of developing the whole process itself: from prepress to finishing.